Beyond rumination,
I climb higher than the fog bank. don’t notice the earth quake or my heart ache.
Enter again
The nights of my dreams
love of my life,
Shaman of my soul.
Secret of universal truth Is…
We are all one…
Watch me dance

Through the horizons and rainbows
Grab my hips and pull me close. Dance with me through the dappled moon light in the forest.

Touch the center of my being
Worshiping the ways of women.

Illuminate wonder in a timeless reign and ruminate nomore.

Close your eyes
learning external composition
weaving the source
of your dreamscape.

The web of
a pure existence
over and over again 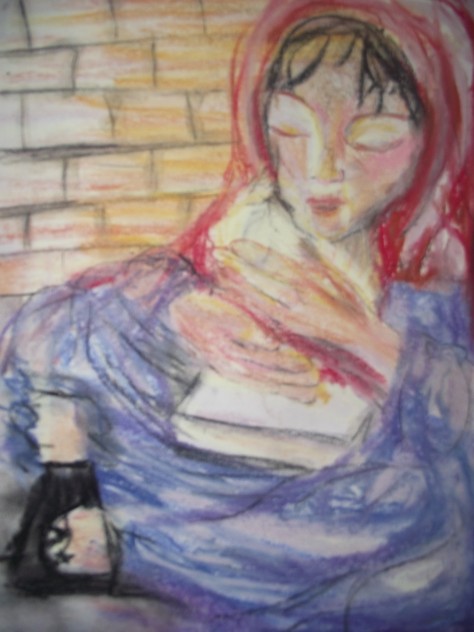 Walking against the moons light; a shadow following behind me, my pace quickens.

My breath is deeper, faster in the cool air. The darkness is on one side of everything with silver iridescent light cast on the other. Simple objects bearing resemblance to mythical creatures, but I stay focused. My weight landing on my toes first than as I feel the ground under me I carefully place my foot down. I’m making little noise as I run through the forest crushing the leaves with every step. The time doesn’t matter had I known prior to this I would have been prepared. I have looked everywhere and can’t find them. She is close behind and can’t hear them. Nothing.

My words are gone, nowhere to be found. It is like the vital life force has been taken from me. My connection to the divine has been disconnected and lost forever. Even the beginning of the story is just out of my reach. She is just a few steps behind me and I can hear her thoughts she is so close, I can almost taste for her existence. The object of my desires is in her hands. She carries the truth on her back like a small child wrapped safely in case of emergency. The only emergency is the lack of words.

I spot his brown eyes watching me run, her brother who knows why. Why there are so many obstacles between me and the gates to all that I have ever wanted. He can’t contain his laughter in his Timeless way his face lights up when I know he is there.

“Are they in the seeds that you have sown?” she asks, though she knows I didn’t plant a garden this year the first year in awhile. I spent so much time just watering all my potted plants because there was so little rain.

‘Did you leave them at school?” She giggles. No, no I’ve been online and see all the formulated regulations with no time to play. Official rules out my opinions and self all in the name of the game to pass a class. No, No, No my words have found no social justice the compliance of regulation that encompasses the homework. My motive has been removed with my prose and rules.

“What about lunch at noon, did you cook and eat them? “ Zoe said as she was looking. The gypsy reminded me that it was getting late. I spend most of my time preparing food, serving and eating. My words use to boil over. I could catch them from my mind and put them on paper and they would just stay there, right where I left them. They didn’t stay though, I went to put them there and they were gone. I had missed my chance.

I was so busy. They came and left before I realized. I only had so much time before they were gone. I was trying too hard to make the words appear on the page. The connection was lost through technology. The process of development is over shadowed by the distribution the inertia becomes dissolved.

“What if you just typed? Then could you find them?” Mr. Timeless said to me. I could just start typing if only that voice were loud and clear. I stopped listening so long ago, so it stopped talking with no one listening. He bends down and picks a purple flower and smells it. He tucks this sweet intoxicating lavender behind my ear.

“How do you wake up that voice that helps you to create?” I have been so busy for so long, I just realized I lost it. Would I ever find it?’

“It’s all in you Mom” I just have to make time.

Michelle Bryan has been published in three versions of the library of poetry, 93, 04, and 07. Michelle also produced a single piece of profound prose about rape that was one of the pieces preformed on MCTV. Her art has been shown in single shows at the Belly Bowl, Four Directions, and Dancing Dragon. The community’s shows that she has participated in were for the Deerfield Valley arts, and The Vagina Monologues fundraiser. She holds an associate’s degree in fine arts from Gcc and a BA in Environmental and Holistic arts